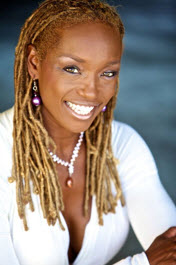 Tanya Young Williams is a Chief Strategy Officer who has worked in the media relations and corporate development fields for over 15 years.  She received her J.D. from Yeshiva University, Benjamin Cardozo School of Law and her B.S. from St. John’s University.  Over the years, Ms. Young Williams has held the titles of Executive Vice-President of Development, Vice-President, Executive Producer of Events and Public Relations Consultant.  Her employers and clients have included large national non-profit organizations, board of directors, public relations firms and numerous high-tech start-up businesses.    For eight years, Ms. Young Williams worked closely with the industry leader of Crisis Management, Mrs. Judy Smith, wherein she honed her strategy and pitching techniques.  Ms. Young Williams is a featured contributor to Huffington Post, commentator on Headline News (HLN) and serves as legal analyst for KTLA.  She is the mother of two daughters, Tryumph and Whizdom. 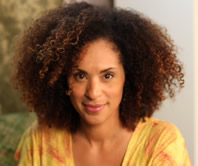 is best known as the character “Hilary Banks” on the long-running television show, “The Fresh Prince of Bel Air.” Karyn created the non-profit organization, Sweet Blackberry, after being inspired by the true tale of a determined slave and the remarkable lengths he travelled to find his freedom.  Karyn’s mother, a librarian in the Black Resource Center of a library in South Central Los Angeles, would share stories of African-American accomplishment with her daughter. A mother and activist, Karyn created Sweet Blackberry to use the power of stories to inspire youth. 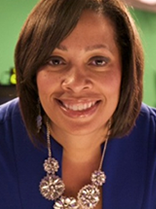 Camille Edwards is Vice President/News Director for WABC-TV, the most-watched television station in the country. Under her leadership, WABC’s Eyewitness News is the No. 1 rated news operation in New York, the nation’s largest television market.

In her role as News Director, Ms. Edwards oversees all news operations for WABC, including early morning, afternoon, evening and weekend newscasts. She is also responsible for 7online.com. Ms. Edwards joined Eyewitness News in July of 2012 . Before joining WABC-TV, she was Vice President of News at WRC-TV, the NBC-owned station in Washington, D.C. Prior to that, she was the News Director at WMAQ-TV in Chicago, IL.

Ms. Edwards has a long history with the ABC-owned station group. She was the Assistant News Director at top-rated WPVI-TV in Philadelphia and Executive Producer at WLS-TV in Chicago, IL. She started her career as a reporter in Toledo, Ohio before making the jump to producing. She was a producer at WBAL-TV in Baltimore and WBBM-TV in Chicago before entering management.  She is a member of the National Association of Black Journalists, former Vice President of Broadcast for NABJ-Chicago, and served on the Board of Destination DC, Washington DC’s Board of Tourism. Ms. Edwards is a scholarship winner of RTNDA’s Management Seminar for News Directors. She also is the recipient of the Excellence in Communication Award from the Chicago Public School System. Under her leadership, WRC-TV earned several Emmys including the coverage of the Blizzard of 2010, the Discovery Channel Hostage Crisis and the first Inauguration of President Barak Obama.  Ms. Edwards was born in Delaware, but considers Detroit her hometown. She is a graduate of University of Michigan-Ann Arbor with a degree in Communications and a minor in English. She pledged Alpha Kappa Alpha Sorority while at Michigan. She resides in Manhattan and spends her free time with her family and mentoring young people who want to get into broadcasting.

Melissa McDowell is the Owner and Creative Director of the couture invitation company, House of Papier. The company, established in 2007, marries Melissa’s love of fashion and her love for design and all things wedding, to create Designer Invitations for Your Fashionable Life.TM

Born in California and raised in Germany, Melissa has a sixth sense for all things fabulous. Her designs are inspired by what she sees in the fashion and wedding industry. Every February and September she can be found under the tents during New York Fashion Week garnering inspiration for the next House of Papier collection. Colors, textures, fabric, and trimmings from the runway all come into play for her invitation designs. Just as fashion greats create couture collections in fashion houses, Melissa designs couture invitations in the House of Papier. She has a penchant for creating noteworthy designs that evoke glamour, allure and distinction. Her goal is to ensure that your wedding invitations set you apart from the rest.

In addition to being a stationer, Melissa is also an educator. She spent nine years training teachers and 6 years training and teaching at the university level. She holds an Ed.M in Technology in Education from Harvard University and a B.A. in Political Science from Tuskegee University. Always an educator at heart, Melissa has a passion for teaching up-and-coming entrepreneurs how to get started in the stationery business. As a result, she started Stationery University in 2012.

Melissa speaks fluent German and in her spare time enjoys working out, reading, traveling and spending time with friends and family.